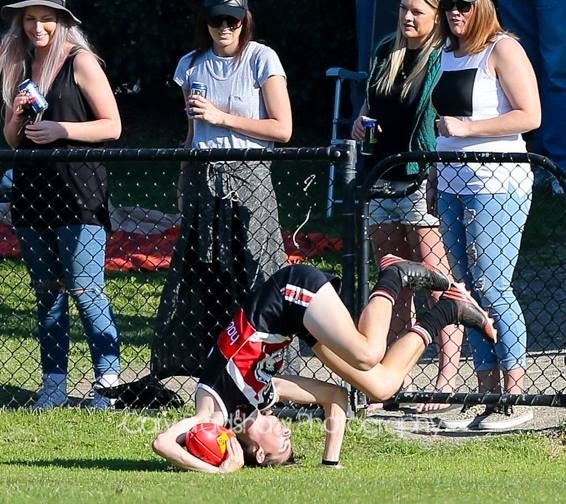 (Use your best David Attenbourough voice)

Here, the male of he species tries to woo the female humans with a traditional courting dance, whilst engaged in a form of combat with other alpha males. The dance is part of 'football', where the male display his butt and the females grade them and make notes.

If a male gets close enough, the female may even share her UDL or beer with the male, if his butt is up to her standard. The mating season continues over winter, culminating in Spring, when the biggest and best alpha males gather and fight to the death and the spoils of that battle are a gold chalice and a flag that they use to keep each other warm with.

None of these females seem particularly interested in this male's display. He will most likely try a different pack of females, and keep going until one of them shows even the slightest bit of interest